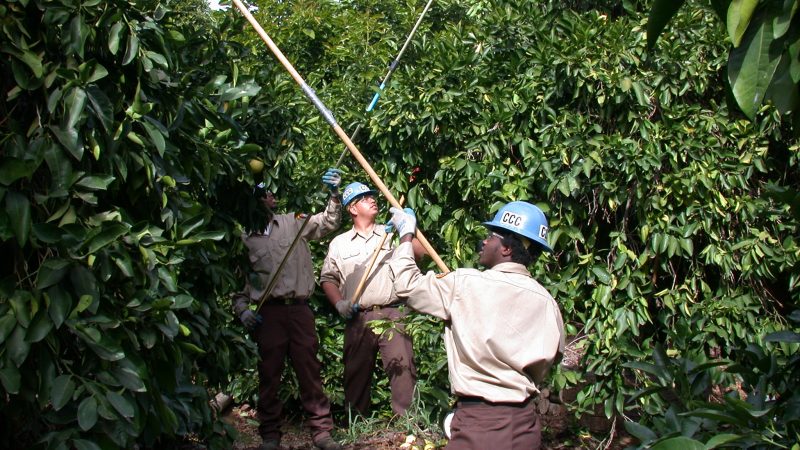 Corpsmembers inspect and remove fruit from an orchard to minimize breeding grounds during a Mexican Fruit Fly Emergency.

Working under the direction of the California Department of Food and Agriculture (CDFA), the CCC has responded to numerous pest infestations throughout California, assisting with eradication efforts.

If an infestation is found, the CCC works closely with the CDFA which directs and guides crews. On several occasions, CCC crews constructed thousands of incubation containers used to trap and identify Medflies and stop their spread.

Other pest infestations that the CCC has responded to include:

CCC crews also combat agricultural diseases. In 2003, Corpsmembers helped halt the spread of the deadly Exotic Newcastle Disease affecting all species of birds, including poultry, in Southern California. This labor intensive work required the location and removal of poultry and birds.