Governor's Budget Expands CCC Role to Create California For All 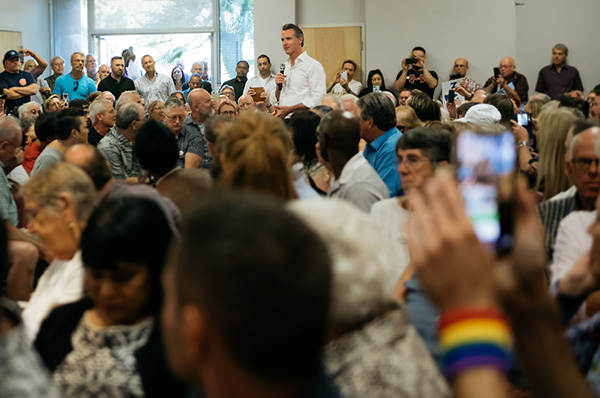 Governor Gavin Newsom released Thursday his spending plan that includes the addition of CCC wildland firefighting crews and a forestry corps within the CCC.

The Governor’s proposed budget released Thursday (1/10/2019) is good news for the California Conservation Corps and for the people of California.

Governor Newsom is focused on building the foundation for the California dream through helping families confront the cost crisis, expanding funding for education, finding meaningful solutions to reduce the number of unsheltered in California, and investing in emergency readiness and response.

The latter is where the Governor’s budget reflects a confidence in the California Conservation Corps to help reduce the threat of wildfires that recently have destroyed entire communities.

Governor Newsom’s spending plan for 2019-20 puts forth $133.61 million for the California Conservation Corps program – an increase of 13.3 percent.

He proposes funding for a Forestry Corps to operate within in the CCC and made of four new crews focused solely on reducing brush and vegetation that fuel wildland fires.

Also included is a $8 million-plus commitment to expanding and improving our residential bedspace for Corpsmembers. These dollars fund development and creation of drawings for new residential centers at Los Pinos near Lake Elsinore, Greenwood near Placerville, Ukiah, and a renovation project at our Fortuna Center.

The Governor also earmarked $1 million for the CCC to address deferred maintenance at centers and on equipment and specialized vehicles.

The proposed funding is robust, as is the California Conservsation Corp’s commitment to do our part, and more, in fulfilling the Governor’s vision of a “California for All”.

Look for swift and efficient movement by the CCC in the coming weeks to add new Corpsmembers, create additional residential quarters, getting to work on reducing the threat of wildland fires, and also going about our traditional projects that daily transform California’s young men and women into citizens of character, credentials and commitment.