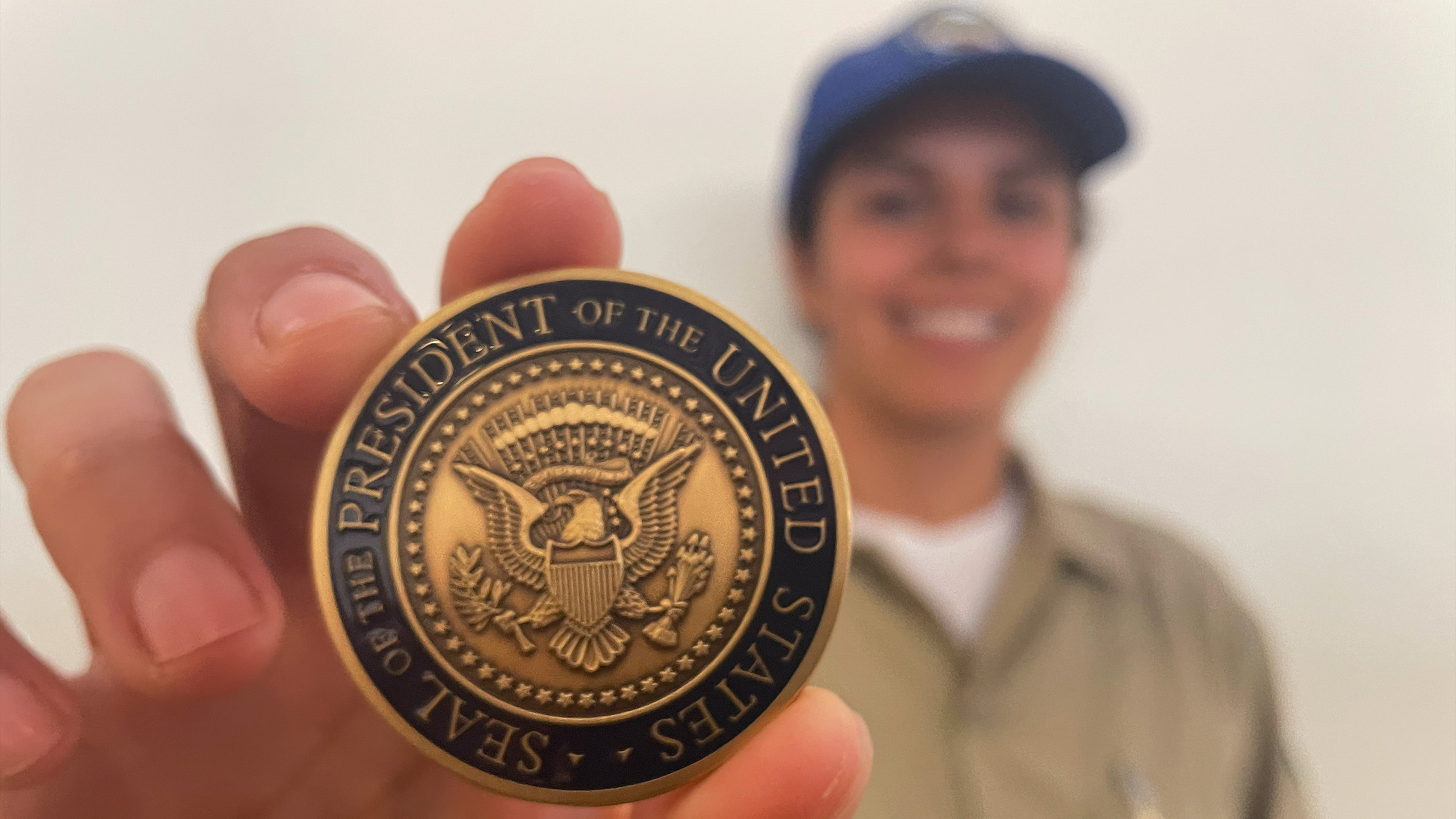 Better than any gold!

Corpsmember Dallana Pantajo Perez out of CCC’s Monterey Bay Center got to shake hands with President Biden who then presented her with a presidential coin.

Dallana could hardly believe she was standing there with the President and him telling her, “Thank you!”

She says she was excited, humbled, and thankful to all of her fellow Corpsmembers who worked along side her during the past weeks of sandbagging and flood fighting to protect California.

Dallana also met Governor Gavin Newsom who was on-hand for the President’s tour of storm damage in Santa Cruz County.

Watch Dallana’s story below via the CCC’s Facebook Page!