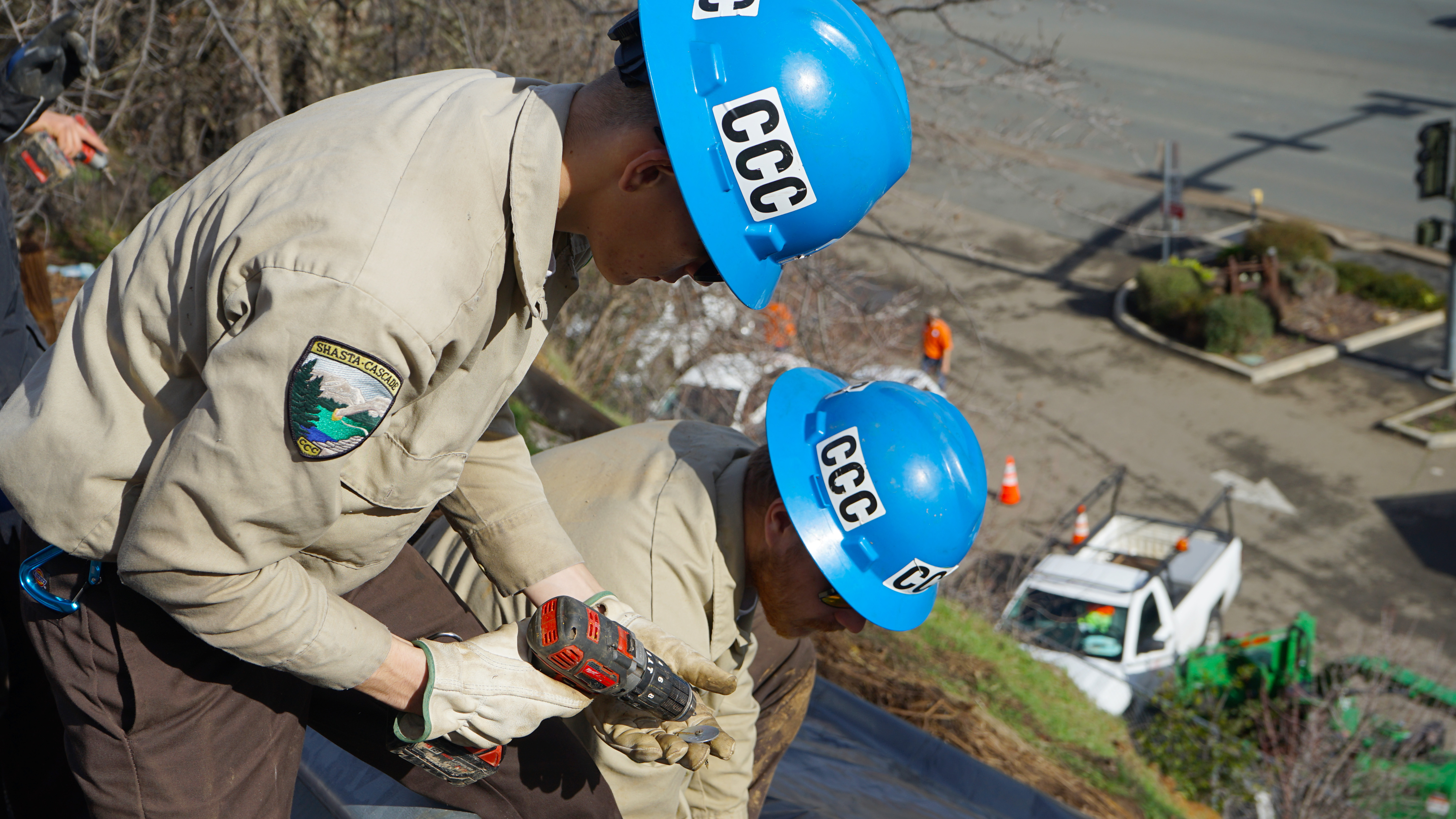 Working along the edge of a road atop a steep cliff, Redding Corpsmembers secured plastic sheeting to prevent further erosion along Highway 49 in Jackson, CA.

In between atmospheric river events, Corpsmembers with the California Conservation Corps stepped in to begin prepping communities ahead of the next round of rain and help with recovery from the first two weeks of storms in the New Year.

“Everyone here is all hands on deck,” said Redding Corpsmember Jonah Maki Carter. “It’s miserable conditions, but we’re here for it. This deployment is for four to seven days. We can be out as long as 21 days. If there’s somewhere else that needs help, we’ll be there.”

Carter and his crew were in Amador County tackling the removal of downed trees and assisting county and local cities with other projects. The crew was most visual to Jackson residents as they worked to replace plastic sheeting that protects a cliff from further erosion from the coming storms.

“It’s a challenge and a new challenge with the cliffside,” Carter said. “Mostly what they’re worried about is this hillside eroding and coming down on itself. It’s so saturated that if it gets any more (rain), they won’t be able to hold it.”

Using drills, spare two-by-four’s, and lengths of visqueen sheeting, the crew successful attached the protection the hillside and nearby Highway 49 needed for protection.

In the Central Valley, multiple CCC crews were on the move in Modesto going address to address to cleanup storm debris in the days after the January 7 storm system.

“The atmospheric river has really been dumping a lot of rain on the Modesto area,” said Chico Corpsmember Franklin Bertellotti. “There’s been a bunch of downed trees and other storm debris that’s been blocking roads, homes, and clogging up some parks.”

Corpsmembers from the CCC’s Chico, Delta, and Sacramento Centers have been going to homes and businesses to buck and limb the downed trees.

“When you go to the different homes and you speak to the homeowners, you see that you are helping make a difference,” said Sacramento Corpsmember Austin Maha.