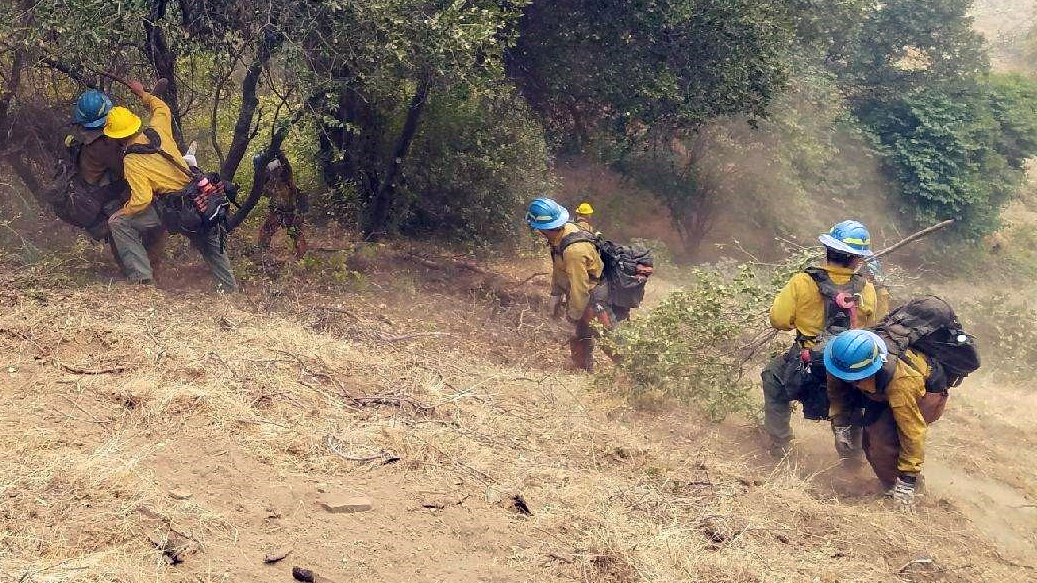 Corpsmembers with Fortuna 22 Fire Crew hike steep terrain where they built a fire break to help contain the Ferguson Fire near Yosemite.

The California Conservation Corps is committing nearly every fire trained Corpsmember to help partnering agencies bring the current onslaught of fires under control. Additionally, more than 100 Corpsmembers are stationed at six different fires where they are assisting with keeping basecamps clean, organized, and supplies distributed to firefighters.

Four fire crews are working on the Ferguson Fire where they are building fire-breaks essential to stopping the fire’s spread. On Sunday, a fire captain with the Arrowhead Interagency Hotshots lost his life on the Ferguson fire line. Corpsmembers honored Capt. Brian Hughes by building a memorial and lowering the camp’s flag to half-staff. This is the second firefighter killed since the Ferguson Fire ignited.

Two more fire crews are on the frontlines at the Carr Fire burning in Shasta and Trinity Counties. Two firefighters were killed during firefighting operations and another four civilians have lost their lives. The loss of life underscores the dangers firefighters, including Corpsmembers, face when battling these large, unpredictable wildland fires. 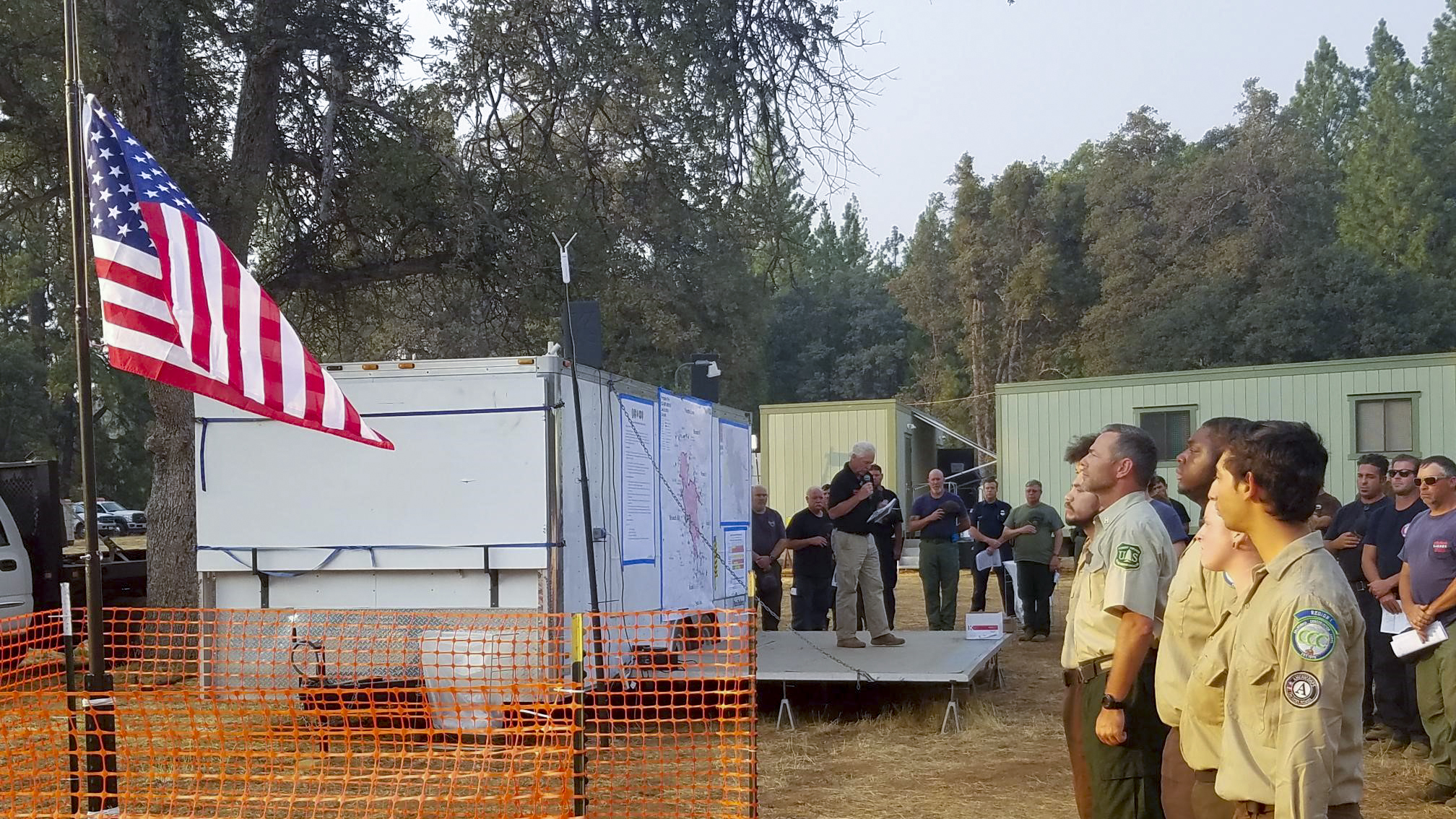