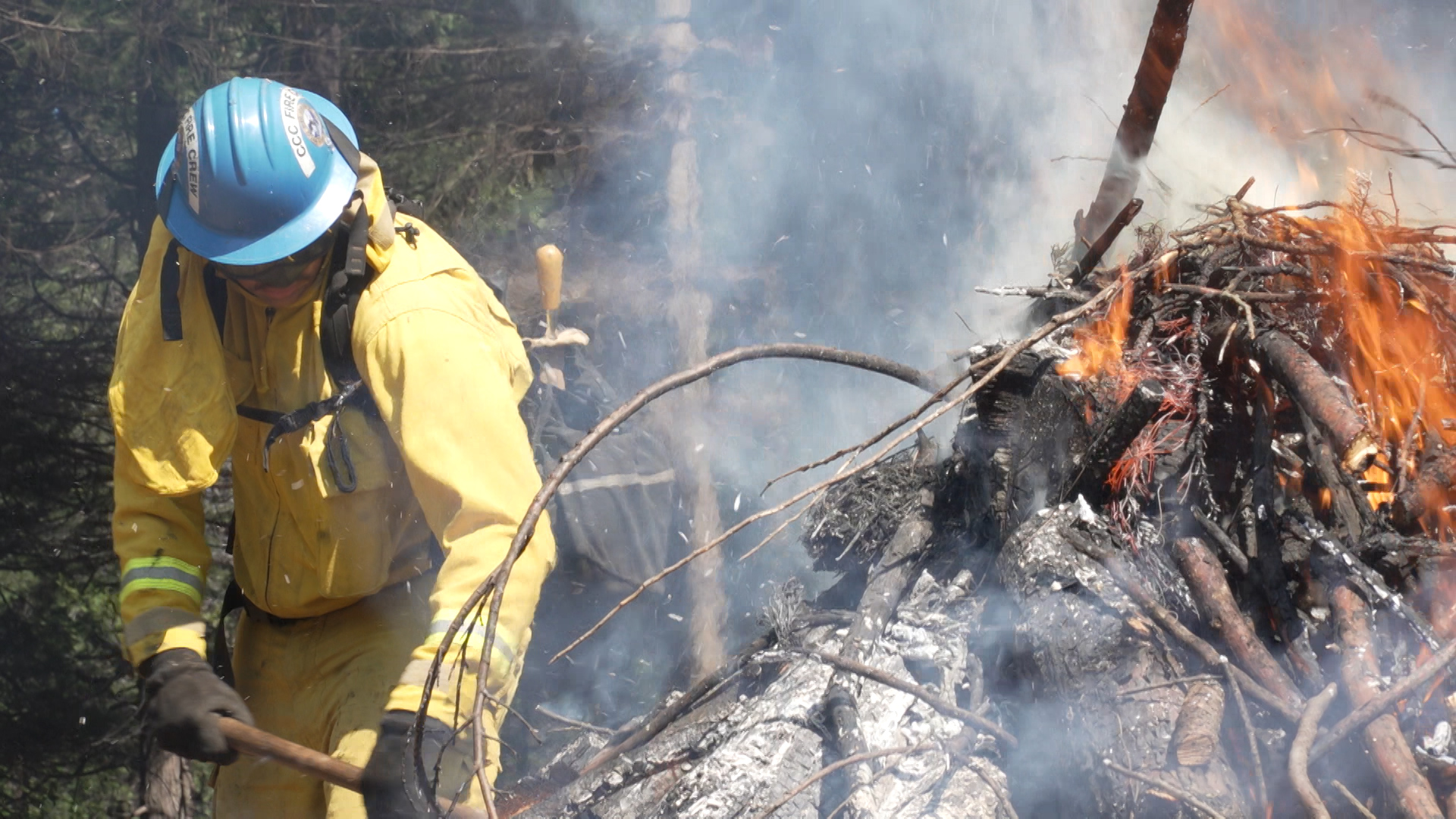 Butte Fire Center Corpsmember Joseph Daigle works to clear debris and a safety line around a burn pile in Magalia, CA. Burn piles are used to dispose of tree limbs and leaves that pose a fire risk.

Joseph Daigle sees himself as a professional athlete.

He’s not swinging a bat or running through linebackers, instead he’s swinging a McLeod and running over steep terrain. Unlike many pro athletes, he doesn’t have a seven-figure contract nor are companies running after him for endorsements.

But, what he says he is getting out of the deal is a life-transforming opportunity at the CCC Butte Fire Center where he’s learning to fight wildland fires and protect people’s homes.